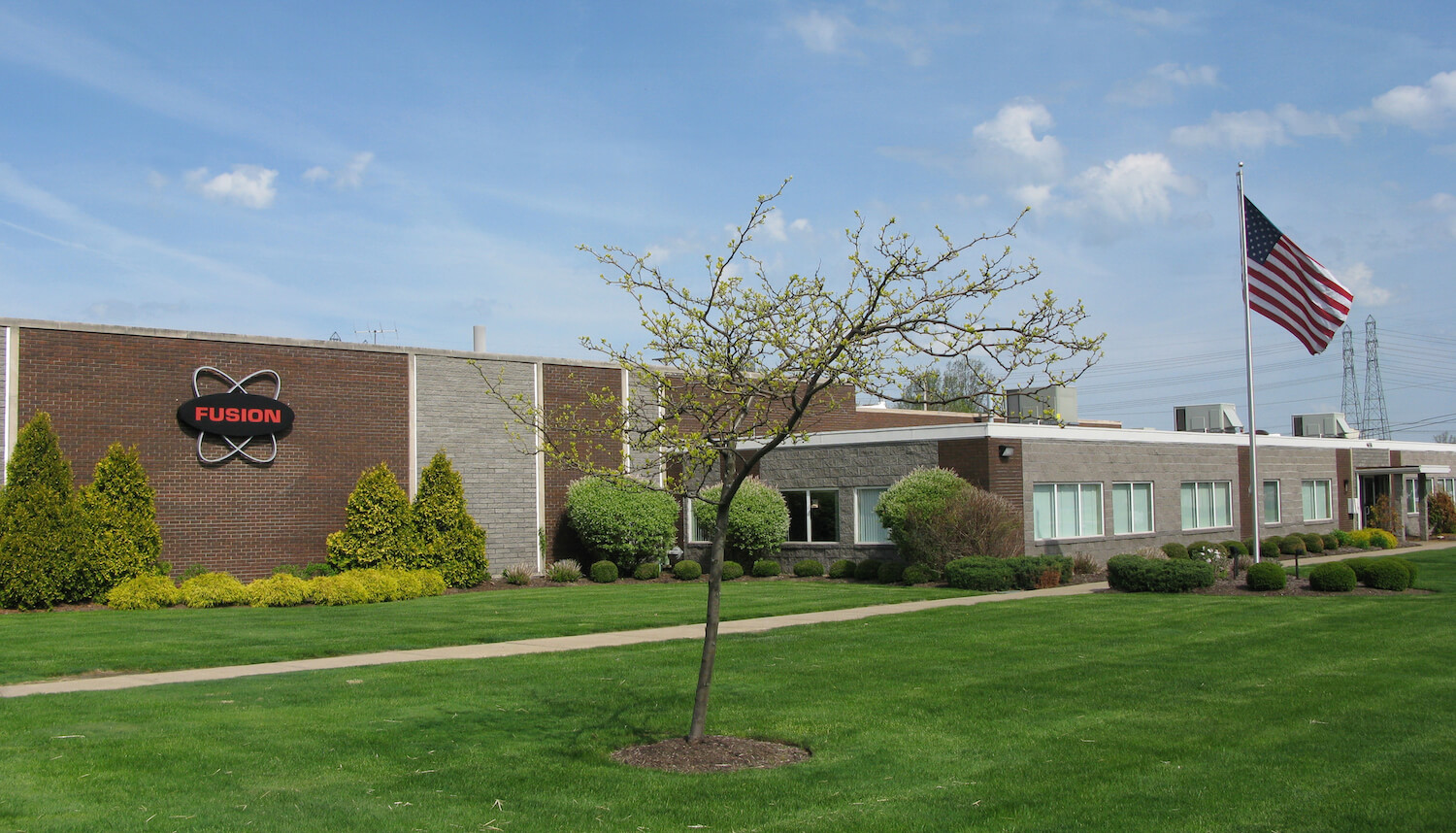 Founded in 1933 by Harold R. Williams, the company began its existence as Fusion Engineering Company. Its first products were paste solder alloys-carefully blended formulations of atomized filler metal, solder flux, and special paste binders. Although solder was not a new idea, its availability in paste form was – adding a new dimension to the metals joining industry. The product line was soon expanded to include paste alloys for brazing as well.

In the early 1950’s, Fusion scored another industry “first”, introducing the automatic paste applicator as a precise method of dispensing solder and brazing alloys onto components being joined. The appeal of Fusion products increased substantially with this step toward a complete assembly “system”. This trend continued in 1959 as Fusion’s Machine Division was born, making possible the design and manufacture of custom machines which automatically move fixtured parts through precise paste alloy application, heating and cooling operations.

Fusion machines were installed in plants throughout the United States, primarily in the thriving automotive industry. Eventually, productive brazing and soldering spread to many other metalworking sectors.

In 1986 Fusion Inc. installed a paste and powder manufacturing facility in the UK with the specific aim of selling its concept of Total Responsibility into European markets. Today Fusion Incorporated UK Ltd supplies brazing and soldering paste and powder into almost every Western, Central and Eastern European market as well as countries in Africa and the Middle East. During this period many companies in Europe have automated their brazing processes with machines designed and built by Fusion Inc.

Today, Fusion is the leader in brazing and soldering automation. Several hundred paste varieties are manufactured at our Willoughby, Ohio headquarters outside Cleveland. Feasibility testing of new applications also takes place here, supported by our Technical Services Group, which provides input on the chemical and metallurgical aspects of parts joining. These pastes, along with Fusion applicators, equipment, and design expertise, allow our customers to place “Total Responsibility” for their brazing and soldering needs with one reliable source.